In the past 12 months, changes in political sentiments and attitudes to risk have realigned the geopolitical and economic landscapes. Indeed, with the election of Donald Trump in the US and UK’s decision to leave the European Union, 2016 has surely take its place in history as one of the most politically changeable. In this post, we look at the impact Brexit is starting to have on the UK jobs landscape.  We focus on the London market for opportunities including potential ramifications for Financial Services, given London’s importance as a key European hub for this industry.

In London, the total number of vacancies to Dec end 2016 was 10% higher than the preceding year 2015. This, on the face of it, appears to be somewhat surprising, given the extensive (geo)political change in 2016.  Closer inspection of the raw data, however, reveals that SMEs are the driving force behind this activity increase. In fact, Multinational Enterprises (MNE) contributed negligibly to the increase. 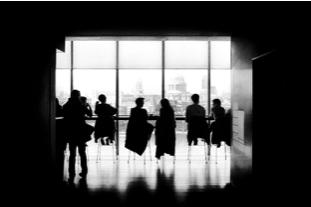 Data suggests MNEs have kept hiring to a minimum in 2016 – something we have seen borne out by many (but not all) of our own corporate clients. This, in fact, has wider implications for the UK, and London. It’s well understood that foreign corporations (since the “original” EU referendum in 1975) have moved to establish a base in the UK to access the EU single market. Now, with single-market access on the negotiating table, MNEs are naturally cautious.  This may be a contributing factor to 2016 hiring numbers.

Of all UK locations, our sense is that London will be hit more profoundly overall with hiring than other UK locations, if only for its status as a European Financial Services hub. Indeed, we’re already seeing data overall pointing to Financial Services vacancies down 15% YoY.  Front and middle-office vacancies, as an example, have seen vacancies down 23% over the course of the year. The fall out has seen some Financial Services firms going as far as to lease out expensive London office space to technology companies and start-ups. The downward trend is not limited to Finance; looking outside to Legal, as an example, the data points to a marked 20% decrease in hiring in the sector over 2016.
It’s not all bad news for London though!  Technology, Media and Telecommunications (TMT) has manifested itself as the fastest growing sector, boosted with London seeing active investment from industry giants Facebook, Amazon and Google. This activity points to London having a capability to reinvent itself as an influential technology hub in a post-Brexit world.

Also of interest is the rise of the Insurance sector in the UK jobs market, with an increase in available roles over the course of last year up 28%.  Our sense is that this reflects this industry’s growth strategy centring around M&A in the sector – 2015 saw more than 700 deals globally worth over $114bn, including ACE’s acquisition of Chubb.  In addition, the Chinese and Japanese have been keen to invest in Europe. There are also growth hotspots in this sector, which include investments in cyber risk.  On this last opportunity though, not all insurers are comfortable of moving into these relatively new and developing areas, constrained in part by their understanding of technology in this sector.

Of all hiring sectors, unquestionably Technology is ‘on the up’.  Increasingly Technology is also unashamedly industry specific, with the rise of “FinTech”, “LawTech” and “InsurTech”, as example and very successful working concepts.

We believe that this will bring with it an eventual blurring of lines.  It’s no secret, for example, that Financial Services companies are openly embracing technology and are moving from technology’s old school perception of a ‘cost centre’ to a key centre of revenue generation. Many investment banks see technologists producing technology capable of replacing traders and are looking at in-house development teams and outside to the FinTech industry to accelerate change.  In the InsurTech space, IBM Watson has successfully seen Artificial Intelligence replace human manpower, as a recent case study at Fukoku Mutual Life in Japan demonstrates. The system can independently calculate pay-outs to its policyholders. The system costs £1.4 million to install.  It will save £1million annually, at a cost of £100K a year to maintain. In the future, we wonder where will the inflexion point be between traditional Finance firms and FinTech as the concept of finance becomes software?  The same for Legal and LawTech? Ditto Insurance and InsurTech? Technology has real potential to gobble up the world…

Back to 2017, from a hiring point of view, overall, we see London remaining as an attractive hub for technology despite the wider macroeconomic picture.  And this filters out to the rest of the UK.  This, in part, is due to probusiness regulations, access to venture capital funding and people mobility in from the wider EU. However free movement of labour will undoubtedly have an impact moving forward. With this still up for negotiation, London’s future position somewhat remains undetermined as the technology hub within Europe despite “big name” investments from the Facebooks of the world. All eyes remain on Article 50 negotiations.