Technology Trends in 2016: Internet of Things

Technology Trends in 2016: Internet of Things

In this series, we examine a number of new and emerging trends in technology today. Each instalment will feature one prominent development that has either already had a disruptive effect on the industry, or is something that we anticipate will in the future. First up – the Internet of Things.

The inception of Cloud computing – the delivery of IT infrastructure via the internet – has been one of the most significant changes in the technology industry over the past decade. It has given multinational companies the option to get rid of large datacentres, and small enterprises to avoid upfront investments in hardware in favour of hosting and running their IT operations via third-party datacentres or “in the cloud”.

One of the most significant by-products of cloud technology is the so-called Internet of Things (IoT) platform – a set of network- connected devices, embedded in physical space, synchronized and controlled by some other subset of devices connected to the cloud.

An early use of cloud technology in this way was the ability to access data, e.g., browsing history and passwords, on multiple devices of different types such as wearables, smartphones, and tablets – the so-called ‘device mesh’ phenomenon.

Device Mesh and the Smart Home

A more recent example of such an IoT mechanism is the ability to control a home’s central heating system remotely via a smartphone app. This gives rise to another related concept – the smarthome – where typical household appliances such as fridges, coffee machines and TVs, may be connected to the home network and controlled remotely via a smartphone.

Constant advances in technology mean that these devices can collect greater amounts of data than ever before and are increasingly able to “talk” to one another. Companies have started putting in place integration solutions to help make this communication as seamless as possible. 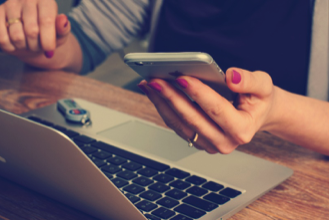 Larger brands have historically tried to monopolise the device mesh by creating entire suites of smart devices that can interact exclusively with one another, without any brand crossover. However, this can pose problems for consumers – having lots of competing brands attempting to provide the same overall experience means that it can be costly, or even unappealing, for consumers to make a start in building and operating a smart system of devices.

However, with smaller brands and start-ups having more power, visibility and opportunities for funding than ever (thanks to the ever-growing support for crowd-funding), this is becoming less and less prevalent. In fact, these smaller brands and start-ups may even have the upper hand as they are less likely to release competing products, or have conflicting interests and thus more open to integration deals and brand crossover. They have the opportunity to provide consumers with greater choice (or at least the illusion of choice) over what the products they buy whilst still being able to integrate all of their smart devices – something that is often more appealing to the average customer than being forcibly restricted to buy only within one brand.

It is anticipated that in the future, the problems arising from brand competition will become less of an issue as true and seamless integration between devices becomes more of a pressing desire for consumers. We already see this change with smart phones and smart TVs – where most apps now work across all devices, regardless of brand.

Ultimately, technologists envision living in a space where all of the devices we use to make our lives simpler work seamlessly together, thereby simplifying day-to-day tasks and activities even more. Gartner calls this an “Ambient User Experience” – where interacting with one smart machine can start an automated chain of events in other machines on the same network through the use of sensors. For example, the temperature within your home drops below a certain level, which will prompt your thermostat to turn up the heating.

Smart technology also extends to security devices: home alarm systems, smoke detectors, house keys and surveillance cameras, for example, are all able to connect to Wi-Fi and therefore be controlled wirelessly. The integration between all of these separate components can create a powerful security system giving the consumer far greater levels of monitoring and control. These devices can even integrate with a home owner’s mobile phone location – for example, the alarm systems are switched “on” when the phone is outside the house.

The “smartest” of solutions on the market can be highly expensive, since their development is still in its infancy. However, like all technology, it will eventually become commonplace among consumers and smart homes, too, will be the norm – as predicted by Gartner’s 2016 Hype Cycle. Technologists envision that we will run our entire lives on a singular network.

There’s no doubt the notion of IoT presents a wealth of opportunity for businesses and consumers alike; and may even give rise to next iteration of the “internet boom”. 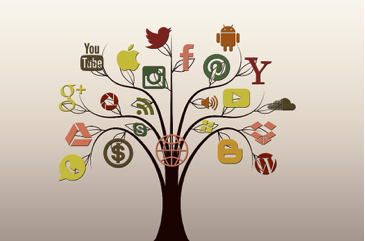 An obvious – yet fundamental – drawback of this phenomenon is information security: to what extent is such an ecosystem vulnerable to cyber espionage? There have recently been news reports of hackers infiltrating high-end motor vehicles – enabling themselves to remotely control the vehicle whilst it’s on the road. With more and more personal and/or sensitive data being stored on the cloud, this issue has become more critical than ever (and data an increasingly more attractive target).

By surrounding ourselves with devices that are collecting data – from house keys to fingerprints, bank details to passwords, even down to security camera footage and control of our cars – we leave ourselves exposed to potentially incredibly destructive consequences by not protecting ourselves from cybercriminals.

Resolution to this issue could happen in one of two ways: cyber espionage will to some extent limit or prohibit the advance of the IoT (and the wider cloud) phenomenon, or the security challenge will force the tech industry to invest in security, thus culling the threat.

The technology industry is naturally trying to work towards the second option, and so, because of this, IoT security has now become a top-level concern in both business and government organisations. More technology is being developed and deployed and efforts to raise consumer awareness are being set up and promoted. However, there is still much to do – but as Security experts have been warning of the potential adverse effects of IoT for decades now (it’s thought that the phrase was first coined in 1999), we at least finally seem to be taking a step in the right direction.