Brexit and Recruitment: The Only Thing That is Constant is Change

Brexit and Recruitment: The Only Thing That is Constant is Change

Economic backdrop
World markets have rallied in recent days on the hope central bankers will enhance their quantitative easing programmes to aid their respective economies: stocks in Japan edged higher after the country’s ruling coalition’s better-than-expected election results. So too did markets in the UK and US, also buoyed by the possibility the UK interest rate could be cut even further: The Governor of the Bank of England has suggested the rate could be cut to close to zero (most likely now in the next quarter after no change in July), in order to help alleviate economic concerns following the UK’s decision to leave the EU.
Whilst this is good news for mortgage owners, it will not go down well with savers who, since 2009, have received historically low returns on bank deposits. However, the low cost of borrowing may even present businesses an opportunity to generate growth by adding to their project pipeline / reenergizing existing projects.

Recruitment
Economic turmoil always impacts the jobs market: from lower job vacancies to cuts in headcount, the jobs market is always certain to change following any negative shift in confidence amongst businesses. Moreover, in the lead up to the EU referendum, many businesses warned they may relocate staff away from the UK in the event of a Leave vote; some even discussed moving their headquarters away from the City of London to, e.g., Frankfurt or Paris, in order to have a clear presence within the trading bloc.
In addition, the Recruitment and Employment Confederation has recently reported a drop in the number of placements of permanent talent through consultancies – whether that is linked to recent events is too early to call.  As a firm, we are currently seeing a slight slow-down in hiring. This could be comfortably attributed to the seasonal “summer slump” as thoughts turn to summer vacation and hiring managers naturally slow down on hiring.  That said we would anticipate this year some of the slowdown will inevitably be linked to recent UK political events.

Outlook
Following last month’s Leave vote, many questions remain unanswered re: the UK’s relationship with the European Union: does the UK opt to remain within the Single Market, apply for Associate membership, join the European Economic Area, adopt the Canadian or Swiss “model”, or negotiate a fresh, UK “deal” with the EU? All of these questions add to the uncertainty faced by businesses today, and while they remain unanswered, we suspect the need for new permanent hiring will be under closer scrutiny by our clients. However, this may well also present an uptick in contract hiring, given the flexible nature of this resource pool and its ability to respond more quickly to business requirements.
And what of EU nationals in the UK? Should they be worried? – if Brexit implies all EU nationals currently living in the UK must return to their country of origin, many vital services will be greatly impacted, creating a country-wide workforce crisis far too large for any MP to seriously entertain. In short, no. We can’t foresee any realistic future that involves a forced mass migration of a significant portion of Britain’s population and as such, it’s our view that EU nationals who have made homes here should have no reason to fear their future prospects as residents of the UK. Looking further into the future however, changes in immigration policy need to recognise the UK’s dependence on resource both inside and outside the EU.

Opportunity
We must take comfort in the fact that many of the recent changes in the geopolitical landscape are not likely ones that will immediately impact our everyday life. Our relationship with the EU has obviously changed, but until EU negotiations start the UK’s relationship with our European partners and with other nations will remain all the same. 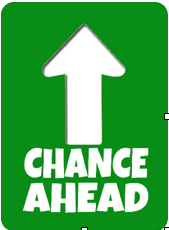 What’s more, one may view this climate as the perfect opportunity to seek new challenges and opportunities: for example, the sheer drop in the value of the pound has been negatively portrayed by the media, since our buying power has been significantly reduced. However, this drop in value creates a wealth of opportunity for exporters to explore foreign markets. The UK tourism industry will likely see a boost; data shows holiday bookings are already increasing in number. Furthermore, the Euro is not the sole currency traded in Europe.

Ultimately, we are still very much deep in the midst of a massive transition period. We’re certainly living in unpredictable times.  In the words of Heraclitus, right now – “…the only thing that is constant is change…”